FPV stands for First Person View and is a discipline of drone flying that is quite different from the standard cinematic filming drones. FPV drones (up until now) have been home-built devices that are operated with a radio controller and flown with the pilot wearing goggles.

The FPV drone streams a low latency image from the onboard camera to the built-in screens of the pilot’s goggles. You can also buy the DJI FPV lenses inject through various online sources. 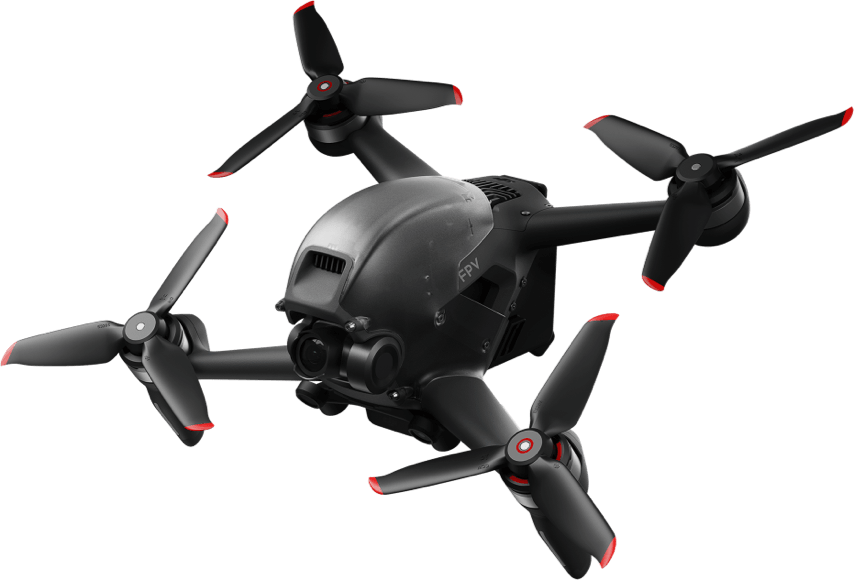 This is where the name FPV comes from since the pilot is not flying by a line of sight or from a screen but directly from the feedback of the onboard camera as shown in their goggle display.

FPV drones are known to be much more agile, flexible, faster, and give a unique perspective compared to traditional camera drones.

The DJI FPV Drone weighs 795 grams which places it in the Open Category group A2. This requires the operator and pilot to register and take an online test to be eligible to fly. Examples of rules from the Open Category, A2 are:

1.No flying over uninvolved people

2.Keep a horizontal distance of 50m to uninvolved people

3.No flying over, or near buildings. Keep a safe distance of 150m.

4.An FPV Drone falls under the same legislation as any other UAV(Unmanned Aerial Vehicle).